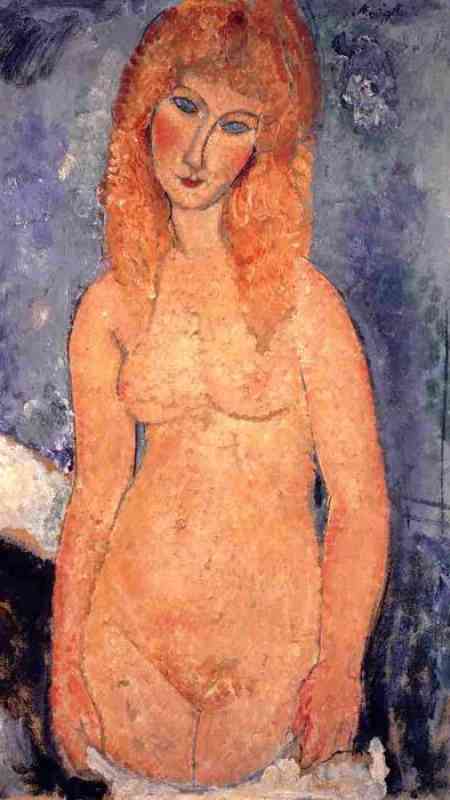 Amedeo Modigliani, 1917-1918. "Nu Blond Debut". Oil on canvas. 92 x 65 cm. It contributed to the huge scandal given by the exposure of those nudes. The blonde-haired model is an exception of rare beauty in Modigliani's works: she is languid, lewd and sensual in the act of undressing, she is about to take off the white panties that can be seen just below the pubis. The head bent slightly to the right, the cerulean blue eyes and small red and captivating lips. The color vibrates in this canvas with brushstrokes similar to large spots of a reinterpretation of a more evident pointillism. That blonde that turns to an orange illuminates the painting on a blue background that incorporates the bright color of the eyes. He lets himself be admired, allusive, winking by recalling the spectator through his nakedness, as would a Mermaid with his song, who lets himself be overwhelmed by the enveloping eroticism of which the painting is imbued.